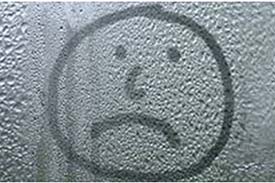 Condensation is directly associated with mould growth which is associated with many health problems. It is this that the occupier sees first, and it gives an indication of the potential scale of the problem. The mould is usually found on decorative surfaces, especially wallpapers, where it can cause severe and permanent spoiling. In many cases, the mould and its spores ('seeds') give rise to complaints about health, and cause the "musty" odour frequently associated with a damp house.

The obvious places for condensation to occur are on cold walls and floors, but it can also occur in roof spaces and in sub-floor areas where there is a timber suspended floor; in the latter case, it can lead to rot developing in floor timbers. 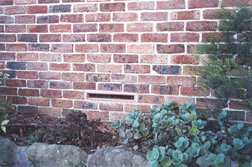 It is a fact that warm air can hold more water as vapour than cool air. Condensation is caused when moisture-laden air comes into contact with a cold surface - the air is cooled to the point where it can no longer hold its burden of water vapour. At this point, dewpoint, water begins to drop out of the air, and is seen as condensation on surfaces. On impervious surfaces such as glass and gloss paint, beads or a film of water collect. On permeable surfaces such as wallpaper and porous plaster, the condensing water is absorbed into the material. Therefore, the problem is not always initially obvious.

One should also be aware that the problem can occur well away from the site of most water vapour production. E.g. water vapour produced in the kitchen may diffuse through the house into a cold bedroom where it will condense on cold walls.

How do you treat it?
Improve Ventilation

This will sweep away the internal moisture-laden air and replace it with drier air from the outside (yes, external air is drier than internal air most of the year!)

Ventilation can be achieved by opening a few windows, installing air vents, and using extractor fans, however not all condensation problems originate inside the living areas of the house. Many houses suffer from poor or inadequate sub-floor ventilation due to either non-existent or insufficient ventilation of the sub-floor. Often owners are unaware of this until advised by a plumber, builder, pest control or damp expert that there is a potential problem. If they have not been fortunate enough to have been so advised, the problem is not known until serious damage is discovered.

The majority of problems can be eradicated by installing sub-floor vents such as those shown in the picture. Anti-Damp is the largest installer of large brass mesh vents in Sydney, this style provides 8 times the airflow of standard terracotta vents. We have had considerable experience in ventilating difficult sub-floors and have provided our services to builders, the Department of Housing, environmental pest companies and the general domestic market.